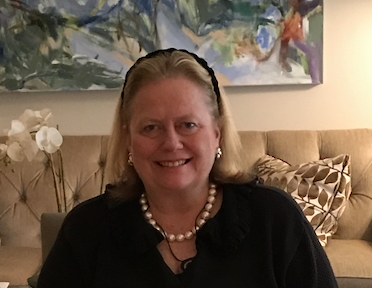 Camilla Rees, MBA is a former financial industry executive who has more recently been a researcher, author, and producer on technology risks. She has studied widely in medical, scientific, complementary and alternative medicine, health enhancement and self-empowerment fields for twenty-five years and serves as a personal and business consultant to change agents.

Camilla founded Manhattan Neighbors for Safer Telecommunications, ElectromagneticHealth.org, Campaign for Radiation Free Schools and co-founded the International EMF Alliance, in Oslo, Norway. She is Senior Policy Advisor to the National Institute for Science, Law & Public Policy in Washington, D.C., where she oversees policy papers on electromagnetic fields, the smart grid and telecommunications, including the recent “Re-Inventing Wires: The Future of Landlines and Networks”. This paper explains why hard-wired, fiber optics to the premises (FTTP) is superior to wireless access networks and the planned “antenna densification”, and the safer alternative to 5G.

Camilla has organized dozens of expert panels on technology risks across the country for a decade, including several groundbreaking programs on special risks to children, and has presented six times at the Commonwealth Club of California, the nation’s leading public affairs forum. She has also addressed the Young President’s Organization, the White House Commission on Complementary & Alternative Medicine, spoken at several medical conferences offering continuing education credits (CEUs) for physicians, and organized a Congressional Briefing. For many years, Camilla was a curriculum developer for a private invitational forum of leading international CEOs focused on productivity, performance and sustainability.

Camilla serves on the Advisory Board of the Building Biology™ Institute, the leading green building and green living educational organization training architects, engineers, builders, physicians and other health practitioners. She was an Executive Producer of the award-winning film on smart meter risks, Take Back Your Power. She co-produced the video for the International EMF Scientist Appeal to the United Nations in 2015 and has over 200 videos on this topic circulating in 163 countries. She was also instrumental in getting two programs on this topic aired on PBS in 2018. Camilla is EMF Advisor to Moms Across America, the Radiation Research Trust (U.K.), FrankLipmanMD.com and the EMR Network; a Voting Member of the U.S. Health Freedom Congress; Affiliate of Social Venture Circle; serves on the Advisory Board of Sustainability Associates (MN); and is a Board Member of Media in the Public Interest and The Stonington Land Trust (CT). For many years Camilla was a behind the scenes EMF advisor to Mercola.com.

In addition to her work in health education and advocacy, Camilla is a sought-after Communications Strategist, Business Consultant and Health Coach, as well as an environmental consultant focused on minimizing electromagnetic field and toxic chemical exposures. Since 1997 she has advised patients on health restoration strategy, developing multi-pronged health improvement programs using her proprietary ‘Wide Angle HealthTM framework. She also serves as an educator in mental imagery, and facilitator of Hellinger Family and Corporate Constellations. She co-produced “The Natural Laws of Self-Healing: How to Harness Your Inner Imaging Power To Restore Health and Reach Spirit” with a leading psychiatrist, published by Nightingale-Conant, and her educational materials in imagery are now part of a continuing education curriculum for psychologists.

Camilla is now collaborating with European researchers who have made important discoveries about the previously unknown ‘communications’ functionality of water. These discoveries have profound implications for improving the health of human and planetary biological systems, now being destroyed by man-made activities, including the use of chemicals, pesticides, fertilizers and electromagnetic fields.

In March 2018, Camilla received the “2018 Award in Public Health” from the Global Foundation for Integrative Medicines, and in October 2018 she was awarded “The Jonathan Forman Award” by the American Academy of Environmental Medicine, its most prestigious award for outstanding contribution in the field of Environmental Medicine that only four other times since 1968 has been awarded to non-M.D.s.