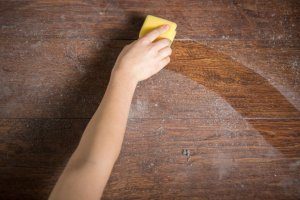 The Toxic Chemicals Lurking in Your Household Dust

From U.S. News comes this article on toxins lurking in household dust.

Whether you’re vigilant or lackadaisical (or somewhere in between) when it comes to cleaning your home, there’s something you should know: The dust lurking under your bed or couch, on your windowsills, doorway moldings or ceiling fans, or anywhere else is more than just an unsightly nuisance. It’s a potential health hazard because it contains toxic chemicals from a variety of everyday products. In fact, 45 potentially harmful chemicals are found in household dust in 90 percent of homes throughout the U.S., according to a review of 34 studies published in the September issue of Environmental Science & Technology.

“There were clearly some bad actors that emerged – they were present at higher levels and some of these chemicals are really ubiquitous,” says study leader Ami Zota, an assistant professor of environmental and occupational health at the George Washington University Milken Institute School of Public Health in the District of Columbia. The most common chemicals found were phthalates (especially DEHP and DEHA) and flame retardants (particularly TPHP and TDCIPP), though synthetic fragrances, perfluoroalkyl substances and phenols were also present in significant amounts.