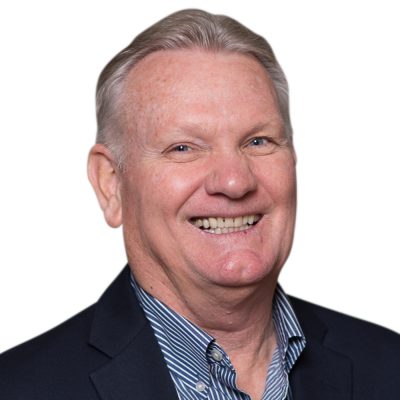 Bill has presented at the Annual Cancer Convention and Doctors Symposium in Los Angeles and has taught at the Building Biology Institute.

Bill is the author of Exposed: The Electronic Sickening of America and How to Protect Yourself – Includes Dangers of 5G & Smart Devices – Including over 30 pages of quick solutions.

He serves as a coach for Building Biology Institute’s Apprentice Program.

Bill has produced a single page Tri-Fold on 10 Ways You Can Reduce WiFi, Wireless and Bluetooth Radiation Exposure Right Now!

He also speaks extensively on solutions to harmful electromagnetic radiation.

At Stop Dirty Electricity.com, Bill detects and reduces all of the Electromagnetic Radiation threats to your home, family, children, environment and even pets.

Bill holds a Bachelor of Science Degree from Cal Poly Pomona and a Master’s Degree from Pepperdine University, Malibu California.

He has spent his entire life working around technology as a Lieutenant Colonel in the Marine Corps, as a student earning a Master’s Degree at Pepperdine University, and as a Project Manager in the Aerospace Industry in California as well as with IT, Clark County, NV. Before consulting in Electromagnetic Radiation, Bill was concerned about the amount of radiation we were being exposed to in our daily life.

When a co-worker was diagnosed with brain cancer, he was shocked. He remembered that he always saw him on his cell phone, before meetings and after meetings. The brain tumor was located at the exact place where he held the cell phone. He later died after massive medical treatment. Bill knew something was very unsafe about the way we were using our cell phones and other electronic devices.

After another acquaintance developed a tumor in his abdomen, right where he held his tablet every night to read, he knew he had to do something.

The Electronic Sickening of America
There’s a hidden danger pulsating in the airways and buzzing behind the walls of millions of American homes, schools, and businesses. Our families, co-workers, and even pets, are exposed to Electromagnetic Radiation (EMR) almost continually, 24/7. Few people want to address this topic because we don’t know what to do. And we are afraid we will have to give up our electronic necessities. The great news is that you CAN take control of your exposure to harmful electromagnetic radiation and learn how to use your electronic devices safely.

A disturbing correlation has been discovered between electro-pollution and a host of diseases and ailments. These include cancer, diabetes, asthma, behavioral disorders, chronic fatigue, ADHD, insomnia, depression, headaches, muscle/joint pain, chronic inflammation, and many more. Over 5,000 studies on the potential health effects of prolonged exposure to electromagnetic radiation have been published by a group of international scientists and public health experts in the BioInitiative Report. One of the most alarming reports comes from a cancer cluster at a middle school. Up to 24 teachers and staff members at the school were diagnosed with various forms of cancer. Thyroid cancer was 13 times expected, Melanoma was almost 10 times expected and Uterine cancer was over 9 times the expected amount. Up to 49 former students also came down with cancer in their twenties—who spent as little as 3 years in that school.

So, Why Isn’t Anyone Sounding The Alarm?
We’d all like to blame big industry and the enormous profits associated with electronics for neglecting, minimizing and discrediting this issue. While that may be true, we as consumers are often not willing to forfeit the benefits we enjoy from our electronic devices. Well, the good news is… we don’t have to.