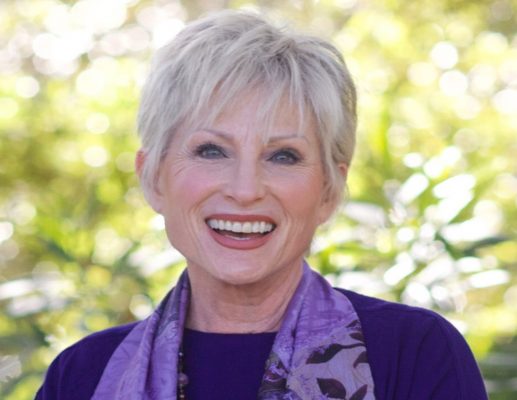 “The present FCC thermal regulation, in addition to lacking any sound scientific foundation, as pointed out by Petitioners, is perpetrating a continuing, ever-expanding, and cruel injustice.” – Building Biology Institute

In the early Spring of 2020, Dafna Tachover, attorney, contacted the Building Biology Institute inviting us to participate in a legal action being taken against the FCC by the Children’s Health Defense. The CHD was challenging the FCC’s obsolete and unrealistic “safety guidelines” regulating Radio Frequency Radiation Exposure (RFRE). The appeal is to force the FCC to update their guidelines which had not been changed since 1996. Dafna stated Building Biologists were the only professionals who dealt daily and directly with the impact of RFRE and knew close-up the reality of people falling ill from continuous exposure to low levels of radiation. She emphasized the institute would participate in the case not as a plaintiff but as an Amicus, “a friend of the court” who would educate the court on this subject of which it knew very little. The Amicus is an impartial advisor, aiding in the judge’s decision-making process.

The Institute, without pause, chose to participate. We felt we had a professional and moral obligation to further the cause of establishing safer standards on radio frequency radiation exposure, in educating important legal bodies, and helping humanity, and in this case particularly, children.

The Amicus Brief, designed to report on the cases Building Biologists encounter daily, documents the human stories, radio frequency assessments, required remediation, and the subsequent resolution of the clients’ symptoms. A clear demonstration of the impacts of radio frequency exposure and the significant improvement in people’s health upon its reduction and remediation, the Amicus Brief would provide the Court with a black and white contrast of before and after. Without question, the Court would be able to see actual bio effects of RFR and what happens to the health of the person when that source of suffering is removed.

As background, the FCC bases its limits on the assumption that the only harm from wireless microwave radiation is heating, or thermal effects. However, significant and more than ample research has established multiple harmful biological effects from non-ionizing or non-thermal effects— at levels far lower than the FCC’s heat-based limits.

The legal appeal, CHD vs FCC, (case number 20-1025, in the US Court of Appeals for the District of Colombia Circuit) challenges the agency’s refusal to review its 25-year-old outdated and unrealistic wireless “health guidelines” and to adopt scientific, biologically-based radio frequency radiation emission rules that adequately protect public health. It charges that the FCC violates numerous laws and glosses over (ignores) substantial evidence when, on Dec 4, 2019, the FCC decided that their radio frequency-exposure limits and regulations-established as early as 1991 and set in 1996—still provide adequate protection and would remain unchanged. This landmark case is an imperative, as we all live in a technologically saturated world, with ubiquitous wireless communications radiation from cell towers, antennas, cell phones, personal devices, and countless other microwave-transmitting devices. The CHD and EHT are not alone. Professional voices from around the world openly call out the perils of this massive exposure.

A joint opening brief was submitted on July 29, 2020, by the Children’s Health Defense and the Environmental Health Trust, and numerous petitioners submitted Amicus Briefs on August 05, 2020 in support of the case.

The general statement that the FCC’s guidelines are outdated and unrealistic needed clarification for the Court.  For the Brief we produced a short discourse on why the FCC’s guidelines are impractical and compared their method of measuring signals vs. the method of measurement utilized by the Building Biologist. We think you as the reader, will find this treatment clarifying and useful:

The use of average Readings made some sense before 1980, as the most common Radio Frequency Signals were analog. That is, there was a signal present essentially all of the time. This measurement is also consistent with the simplified view of biological effects being thermal related.

Since then, essentially all signals nowadays are digital — meaning the signal is zero in amplitude, except where it has a strong, short term pulse. Essentially, we have the antithesis of an analog signal in terms of the concept of average. Thus, an average reading analog measurement cannot “see” the true nature digital signals.

Thus, purely from a physics perspective, one must use a peak reading meter to detect and quantify digital signals.

Another author’s analogy on the issue of Peak vs Average is that of Dr. Martin Pall, PhD, Professor Emeritus of Biochemistry and Basic Medical Sciences at Washington State University:

If you take a typical pulse that may last for let say 60 nanoseconds and average it over a 6-minute period, as FCC exposure guidelines do, the average intensity is so low that it “seems” to be inconsequential, when it is not. Because the actual signals are pulsed, data-modulated, Radio Frequency – Electromagnetic Microwave Radiation (RF- EMR) the concept of average becomes meaningless.

It makes no sense to average intensities over approximately 1010 (or 10,000,000,000) times longer than it takes to produce a negative biological effect.

The logic is the same as if the following were to occur:

I wouldn’t accept such a nonsensical statement from that regulatory agency. Would you? Yet this is exactly what the FCC insists on using to justify their guidelines.

Every human, whether aware of it or not, and indeed every biological form, is impacted by continuous exposure to Radio Frequency Radiation at levels far lower than the FCC’s guidelines. In humans, children are the most vulnerable because their skulls are yet underdeveloped, and soft. They don’t have thick, rigid bone density to protect their brains from radio frequency penetration and absorb up to ten times more radiation than an adult.

At the heart and soul of the work of the Building Biologist is the provision of relief and protection from the harmful biological effects of toxic environmental hazards. Radio Frequency Radiation is a toxic environmental hazard considered to be one of the greatest health threats of the 21st Century. Not only is it invisible, inaudible, with no taste or smell, it is ubiquitous, and increasing exponentially with the rollout of the new network, aka “5G”, satellites, earth stations and millions of new wireless devices.

In all of the excitement and hype around wireless technology, the Voice of Human Suffering is rising. Building Biologist have long heard that suffering and set out decades ago to alleviate that pain. The Amicus Brief is an accounting of that pain, a recording of the assessing and remediation of the source of that misery, and witness to the amazing recoveries made possible by this work.

The Building Biology Amicus Brief Team, consisting of Lawrence Gust, Christopher Bell, Spark Burmaster and Miriam Lindbeck, worked from March until August 2020, our documents finalized and filed at the final hour by our attorney, Julian Gresser. It was an enormous and demanding project, one that more clearly defined BBI’s role in the world and one that engendered the respect of the other professionals working on the case. We thank and deeply value the Building Biologists listed here below who submitted excellent case histories, and we thank and value even more their contributions to their clients’ lives, and to this critical legal pleading.

The link to the four Amicus Briefs is here:

As abolitionist William Wilberforce wrote: “You may choose to look the other way, but you will never again be able to say you did not know.”