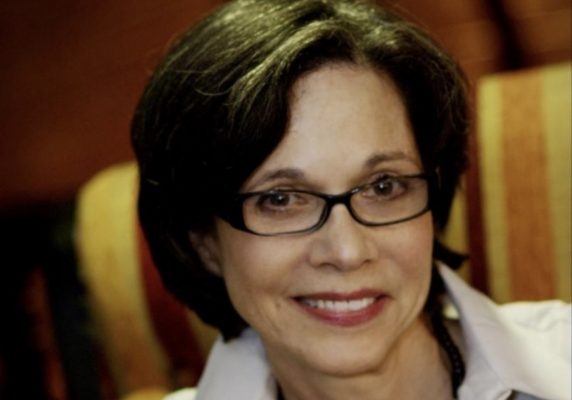 Teton Village, Wyoming: Devra Davis, PhD MPH, delivered the Dean’s Lecture at Melbourne School of Engineering on 30November 2015 titled, The truth about mobile phone and wireless radiation: what we know, what we need to find out, and what you can do now. Speaking before the Deans of the colleges of Engineering, Medicine, and Law at the University of Melbourne, visiting professor of medicine from the Hebrew University Hadassah Medical Center, Devra Davis, revealed stunning new animations showing the greater exposure of the young developing brain to mobile phone radiation. Current standards for mobile devices are nearly two decades old, Davis told the interdisciplinary conference, and are set based on outmoded concepts of avoiding heating a large adult male brain after a brief phone call.

Discussing the complex policy history of mobile devices in her newly released book—Disconnect: the truth about mobile phone radiation—Davis explains that the nations of Israel, India and France—and other high tech countries—require all devices be sold with headsets and safety information. In Belgium, it is against the law to sell or design mobile phones for children ages seven and younger. Twenty countries have enacted various precautionary policies to reduce mobile phone and wireless radiation exposures, aiming to protect public health. Secondary insurers will not insure companies against health damages from mobile phones and other wireless devices, Davis added.

“As recognition grows about the need to produce products that emit the lowest amounts of radiation, opportunities to innovate in design and technology will expand greatly,” she added. Dr. Davis has been giving lectures across Australia this month and most recently was featured in the Australian 9JumpIn Today Show where she shared scientists’ concerns about children and detailed how families can reduce exposures.

Davis is calling for the creation of major public educational programs to inform the public about why and how to use technology safely. “The public needs to be informed that mobile devices emit a type of radiation which could have serious health consequences. As children are more vulnerable to this radiation, parents need to know how to reduce exposures in their homes and elsewhere. Policy makers in high-tech nations are acting to lower radiation levels in schools and communities.”

Davis proposes that a two cents per month fee paid by every mobile or wireless device user, manufacturer, and network provider for a period of 8 years would create funding for training in bioelectromagnetics and engineering and would develop and support research.

“As a recognized world leader in cutting-edge re-search on biomedical applications of electricity, Melbourne may be uniquely well suited to creating cross-disciplinary training and research on the public health and environmental impacts of the unprec-edented growth of wireless radiating devices,” Davis commented.

The slides for this lecture can be viewed on the Environmental Health Trust site at thislink.

Dr. Devra Davis is President of the Environmental Health Trust, a non-profit scientific and policy think tank. Currently Visiting Professor at The Hebrew University Hadassah Medical School and Ondokuz Mayis University Medical School, she was founding director of the Board on Environmental Studies and Toxicology of the U.S. National Research Council (1983-93) and Founding Director, Center for Environmental Oncology, University of Pittsburgh Cancer Institute (2004-2010). President Clinton appointed Dr. Davis to the newly established Chemical Safety and Hazard Investigation Board (1994-2000), and she is a former advisor to the United Nations Development Program, the World Health Organization, the U.S. National Toxicology Program and Centers for Disease Control and Prevention, and the U.S. Assistant Secretary for Health in the Department of Health and Human Services.

Melbourne University Webpage on the Dean’s Lecture: The truth about mobile phone and wireless radiation: what we know, what we need to find out, and what you can do now https://events.unimelb.edu.au/events/5999-the-truth-about-mobile-phone-and-wireless-radiation-what-we

Dr. Davis is featured on The Today Show in the USA: The Today Show Pediatricians’ New Warning: Limit Children’s Exposure to Cellphones http://ehtrust.org/the-today-show-pediatricians-new-warning-limit-childrens-exposure-to-cellphones/