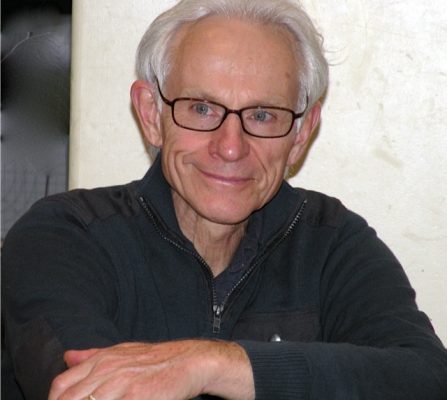 The Tao of Mold

Three conditions must be met to have mold growth: a food source, fungal spores, and moisture.   Food for mold is everywhere- plants, plant debris, wood, fabric, paint, paper- anything with carbon and hydrogen.  Mold spores, the reproductive vehicle for fungi, are part of the dust that settles on everything.  The key growth condition, then, is availability of moisture.

Some fungi can grow in a localized relative humidity (RH) of 70%.  Other fungi require more moisture to grow- 70 to 80% localized RH. For fungi that require higher moisture, condensation provides this wetness.

Water vapor condenses on surfaces when the surface temperature falls to the dew point temperature (DP).  This is what happens when you find dew on the grass in the morning or on a windowpane when it’s cold outside.  The DP temperature is a function of the air moisture content.  The more moisture, the lower the DP temperature.

The source of water can be intrusion from the outside in the form of leaks in the structure. Or moisture can come through the concrete slab via capillary action.  Excessive watering, poor grading and lack of rain gutters contribute to excess moisture in the earth under the slab.

Even if no water problem exists in a house resulting in mold growth, indoor air will contain mold spores because indoor air comes from outside.  Mold grows naturally outside and releases spores to the air.

The levels and types of fungi indoors [for a home which is often open to the out of doors] depends on what’s outdoors.  If the home has moisture problems causing fungal growth, the indoor quantity and species of fungi should be different than the outside reflecting an increase in fungi associated with water damaged building materials.  Air sampling inside and outside can be used to confirm active inside mold growth.

Because an individual’s response to an allergen (mold spore) is very different from person to person, it is difficult to determine an acceptable concentration an allergen for the population as a whole. The concentration of an allergen needed to elicit a serious response in a sensitive individual could be thousands of times lower than that needed to invoke so much as a sniffle in an equally healthy, but non-sensitized person.

Toxic Mold is a Meaningless Term

The term “toxic mold” is a meaningless term, used by the press and by individuals who are not familiar with mycology or toxicology.  It is thought that virtually all mold spores have the potential for causing allergic response. Some molds under certain conditions can make mycotoxins, poisons that can be toxic to humans.

Therefore, all molds have the potential to cause allergic reaction in some people at varying levels. Some molds may make toxins under poorly understood conditions that can cause poisoning in people, probably at widely varying levels.

Because of the differences in individual susceptibility, no specific exposure standards exist. They are unlikely to be developed anytime soon as there are at least 100,00 species of fungi and only a relative few have been researched.  There is a little understanding of why people in an obviously mold infested house suffer health problem whereas most people outdoors in relatively humid climates with very high spore counts do not have similar health problem.

There is suspicion that health problems could be caused by accumulation indoors of microbial volatile organic compounds (MVOC) produced by all living fungi and/or by the mycotoxins produced by a limited number of fungi under poorly understood conditions.

Tests to identify MVOCs and mycotoxins are expensive and seldom used.  Today testing for mold contamination is usually limited to collection and study of spores produced by fungi with identification of the genus, but seldom the species.

The best defense against mold is a dry house. Find and stop causes if condensation.  Fix leaks and dry out materials within 36 hours before spores sprout and cause rapid mold growth.  If you do this you only have to deal with a water problem not a mold problem.

Lawrence Gust, BBEC, EMRS, is an electrical engineer, a Certified Mold Remediator, and a Certified Electromagnetic Radiation Safety Advisor through the safe Wireless Initiative. For twenty-five years Lawrence was a member of management at Dow Chemical and then at the Mobil Corporation.