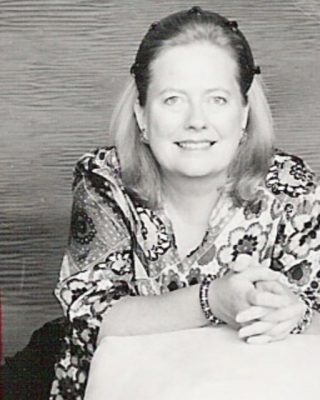 The Wireless Elephant In The Room

We would certainly all agree that health and environmental consciousness has been increasing over the past two decades. Organic foods, yoga centers, mind body programs, health clubs and the healing arts have proliferated. Even healthy ‘fast food’ restaurants have arrived, and large food brands are beginning to go GMO-free. As consumers, we are increasingly making ‘green’ choices that support mother Earth, and which respect our intrinsic relationship with it.

Why then, despite all this interest in health and in living ‘green’, do we have over 133 million people with a chronic illness in the U.S.— approximately 45% of the population1, and growing? Promotion of ‘prevention,’ and, more recently, ‘rationing’ care, has been the response to high costs driven by chronic illnesses. But in looking for solutions to costs, we may be ‘missing the forest for the trees’, and also not understanding the true meaning of prevention.

The word ‘prevention’ rings hollow unless one is seeking to eliminate the factors that can lead to disease in the first place. These include unhealthy lifestyle choices, how we respond to stress, heavy metal and chemical toxicity, exposures to electromagnetic fields (EMFs), petroleum-based fertilizers, the weed killer glyphosate, GMO foods, poor nutrition, difficult relationships, etc. Today, ‘prevention’ instead typically means early detection of disease with tests like mammography, pap smear and PSA; manipulation of one’s physiology with pharmaceuticals and vaccines (which can have their own negative side effects); and, perhaps, depending on the doctor, advice to eat more vegetables and exercise. But prevention in the full sense of the word means something else entirely, and we ignore this at our peril.

A health care system that does not advocate for dramatic reduction in cell phone and wireless radiation exposures ignores over six decades of scientific research showing biological and health effects from electromagnetic fields, including recent research from the NIH.2,3It ignores repeated resolutions from scientists and physicians worldwide calling for caution, and the classification of cell phone and wireless radiation (radiofrequency radiation or RFR) by the WHO’s International Agency for Research on Cancer (IARC) as a ‘Possible Carcinogen’ (Group 2B)4. It ignores the experience of people in every corner of the globe with life-altering, sometimes debilitating, symptoms from acute and chronic exposures to wireless technologies. And, it turns a blind eye to the DNA-damage consequences of these wireless conveniences for ourselves today, as well as for future generations.

In parallel with the growth of chronic illnesses since the 1990s, it is hard not to notice that the amount of wireless communication infrastructure in our midst has been exploding. Four and a half billion people use a cell phone today, whereas in the early 1990s most people didn’t own a cell phone. There are now millions of cell towers radiating the planet, many hundreds of millions WiFi networks5and billions of wireless devices connected to them.6

Certainly, there has also been growth in other environmental pollutants during this period, and many people are over-drugged and suffer from drug interactions, with costly side effects, that also drive total costs. For example, on average, individuals 65 to 69 years old take nearly 14 prescriptions per year.7But, as a society, we are not fully ‘seeing’ the important EMF issue in the background, which has direct effects on biology and leads to a wide range of acute and chronic health issues.

In addition to the many known biological effects, EMFs also have interactive effects with man-made chemicals, heavy metals and microorganisms in our bodies, and with metal implants and amalgams, exacerbating the biological effects. And, importantly, unknown to most people, radiofrequency radiation can impact drug actions. The radiation can both enhance and decrease the efficacy of a drug, impacting the drug actions of amphetamines, anxiolytics, opiates and alcohol to name just a few.8Few prescribing physicians are focused on this, or asking patients who take pharmaceutical drugs about their exposures to wireless devices and infrastructure. Overprescribing pharmaceuticals to address electrosensitivity symptoms is one of the resulting travesties, and drugs will never solve the problem.

Our bodies are attempting to cope in an entirely differentmilieu than the one in which most adults today were raised. Biology is being continually stressed from the acute and cumulative effects of these pulsing energy fields, and responds by creating stress proteins, as with any other kind of stressor. Is it any wonder, then, that the incidence of chronic illness has accelerated since the early 1990s along side the rapid proliferation of these technologies?

Here is a graph showing six hours of radiofrequency radiation exposures to an individual in New York City wearing a portable dosimeter on March 1, 2016. The graph shows the extraordinary density of electromagnetic field exposures of different kinds, the variable nature of the pulsing and peaks, and that exposures today are way above safety guidelines based on biological scientific evidence9(peaking, in this particular case, in fact, way above the top of the graph).

It should be noted that since the 1990s we growth in neurological and psychological disorders, such as depression and bipolar disease, autoimmune diseases, inflammatory conditions, autism, ADHD, sleep disorders, chronic fatigue, diabetes and metabolic conditions. In children, we are seeing increases in psychiatric disorders, psychotropic medication use, chronic medical conditions, delinquency, addictions, aggression, sensory integration issues, and disability filings.10And we are seeing a growing number of reproductive issues and decreased fertility.11

The BioInitiative Report (much of which was later published in Pathophysiology) synthesizes the key findings of thousands of scientific studies showing biological effects from electromagnetic fields.12The U.K. publication, Electromagnetic Sensitivity and Electromagnetic Hypersensitivity, available through E.S.-U.K.13 contains references to 1,800 studies showing effects of low-intensity exposures. There exists decades of military Radiofrequency (RF) research showing risk, much foreign research, and even an industry-funded review, “Mobile Telecommunications and Health,” prepared by the Ecolog Institute, which was issued in 2000 and lays out the known risks in great detail, including DNA risks, cancer risks and risks to children.14

The International Commission for Electromagnetic Safety (ICEMS) and the National Institute for the Study and Control of Cancer and Environmental Diseases ‘Bernardino Ramazzini’, published a report, “Non-thermal Effects and Mechanisms of Interaction Between Electromagnetic Fields and Living Matter” in 2010. This was an international effort by scientists to compile what was known at that time about the biological effects and mechanisms of action, and included studies showing EMFs create oxidative stress, blood-brain barrier permeability, genotoxic and fertility effects, heat shock (or stress) proteins, changes in the autonomic nervous system (ANS) and in neurotransmitters, and much more.15

More recently, Dr. Martin Pall, Professor Emeritus of Biochemistry and Basic Medical Sciences at Washington State University, has built a case that Voltage-Gated Calcium Channel (VGCC) activation in cells from low-intensity EMFs, such as those emitted by cell phones, wireless devices and wireless infrastructure, is a primary mechanism of biological dysfunction. He believes the VGCC activation in cells can explain long-reported association between electromagnetic fields and a wide range of biological changes and health effects, including17:

Dr. Pall says, “We’re clearly at a point where we can confidently debunk the industry’s argument of more than 20 years that there cannot be a biological mechanism of action from these low-intensity EMFs. According to industry, the forces electromagnetic fields place on electrically-charged groups in the cell are too weak to produce biological effects. However, the unique structural properties of the VGCC protein can, it turns out, explain why the force on a cell’s voltage sensor from low-intensity EMFs are millions of times stronger than are the forces on singly-charged groups elsewhere in the cell.18They may be low intensity but with regard to the VGCCs, can have a tremendously powerful impact on the cell. Furthermore, published studies showing that calcium channel blocker drugs block or greatly lower biological effects from electromagnetic fields confirm there is a voltage-gated calcium channel mechanism that is occurring.”19

While there may be other mechanisms which can lead to biological effects from EMFs, we now know that activation of the VGCC is at least one very important factor that can lead to a range of effects.

Is it not time we start to pay attention, and think more about the ‘Wireless Elephant’ in the room if we want to get people well and lower health care costs?

After all, we have over half a century of science showing biological effects, while radiation exposures continue to grow ever more pervasive and more powerful.

Are we afraid, I wonder, to recognize this elephant?

Camilla Rees, MBA, is founder of www.ElectromagneticHealth.org, the Campaign for Radiation Free Schools, and co-author with Magda Havas, PhD of Public Health SOS: The Shadow Side of the Wireless Revolution. She also co-founded the International EMF Alliance in Oslo, Norway, a collaboration of 95+ organizations concerned about the proliferation of telecommunications and utility technology without adequate concern for health and environmental factors. The Wireless Elephant, including text and images, is copyrighted material, used here by IBE with permission from the author.

Donations to support the widespread free distribution of The Wireless Elephant in the Roombooklet in communities across America can be made via 501-c-3 non-profit National Institute for Science, Law and Public Policy, 1400 Sixteenth  Street, #101, NW, Washington, D.C. 20036. Please be in touch with Camilla Rees if you can help. Camilla@ManhattanNeighbors.org