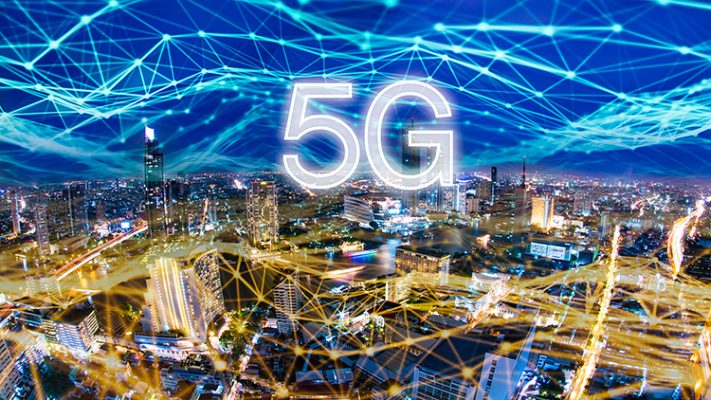 5G describes 5th generation cellular technology being introduced in the coming decade of the 2020s. It is not 5.8 GHz, a Wi-Fi and cordless telephone frequency used for years. 5G primarily involves data connections, not voice calls or texts. Voice and texts use 2G (which will be phased out) and 3G, but voice and text will be managed by the data network.

5G will continue to include 3G and 4G LTE technology transmitting in the sub-6 GHz range for decades to come. These are frequencies between 600 MHz and 5.8 GHz. Over time, new 5G antennas broadcasting in the super-20 GHz millimeter wave, or mmw, band (above 20 GHz) would be deployed. These super-20 GHz 5G antennas are proposed to be mounted at existing 4G macro cell tower sites as well as in many small cell antenna arrays closer to homes and in public places.

3G and 4G LTE antennas transmitting in the sub-6 GHz band would gradually be replaced by new antennas containing updated 5G technology. That new technology would include many elements under development for decades: Massive MIMO to increase the number of handset users in a given bandwidth and geographic area; on-demand beamforming to reduce interference between an increased number of data connections and to allow 5G signals to penetrate buildings; full duplex to save bandwidth; dual capable 4G/5G cell phones; increased automation of the network; and placing both 4G LTE and 5G antennas closer to user’s handsets, i.e. nearer homes, businesses and public places.

Specifically, 5G proposes to bring 3G, 4G LTE, Wi-Fi and new 5G antennas closer to people through millions of small cell antenna arrays. 5G would first be deployed in pockets of dense population in urban centers located in public places, on and within buildings, and at existing 4G cell sites. Public Wi-Fi antennas would also be mounted on overhead utility poles on cable company lines.

The health effects of chronic exposure to all cellular voice and data transmissions at any frequency and any generation are known to be harmful to all life, cumulatively over time and at close range. That includes the cell phone in your pocket. Exposure to 5G signals at sub-6 GHz and super-20 GHz bands are expected to accelerate the onset of ill health in people, pets, native animals, insects and plants in the biosphere, which are already under assault by RF transmitted by 3G and 4G LTE technology.

3G and 4G LTE antennas and technology would remain in place and continue to expand during the decade of 5G. Those who have developed microwave sickness, also known as electromagnetic sensitivity, are particularly vulnerable. Urban environments will be quite unhealthy for them, and for the rest of us, particularly when we are outside buildings. The needs of these individuals must be taken into consideration by public policy makers, as they are harbingers for the rest of us.

Signals from 5G antennas transmitting above 20 GHz can only penetrate into homes if beamforming technology is used. Otherwise, the millimeter wave signal does not pass through standard building materials nor glass. Beamformed 5G signals at any frequency can be effectively stopped with RF-shielding paint and building-grade metal foil. Unfortunately, most fabrics as well as copper and aluminum mesh that effectively block RF signals below 6 GHz are not expected to effectively block 5G beamformed signals above 20 GHz. Special silver fabric, however, may be designed that will be effective at blocking super-20 GHz signals.

New 5G antennas will only transmit a beamformed signal when a user’s handset initiates a connection, on-demand. Beamformed signals would not scan the neighborhood and constantly transmit like existing 3G and 4G LTE non-beamforming antennas do now. However, always-on 4G LTE antennas would be installed along with 5G antennas at Wireless Telecommunications Facilities (WTFs) or base stations, which are names for small cell antennas, right in front of people’s homes. Activists believe the vast expansion of always-on 4G LTE and Wi-Fi antennas close to homes in residential neighborhoods to be as much of a health risk as 5G beamformed signals.

RF meters in use today can only measure 4G LTE, Wi-Fi and 5G radio frequencies up to 2.7, 8, and 12 GHz, depending upon the model of your meter. RF meters in use today cannot measure 5G signals in the super-20 GHz range. Spectrum analyzers and RF meters do exist that measure super-20 GHz signals, but they are expensive. Also, since they measure in average mode and only use diodes for signal detection, they are not sensitive or effective enough, according to some RF experts, to measure the type of signals used in 5G above 20 GHz. Fortunately, new affordable RF meters are under development that will be designed to measure specific 5G frequencies planned to be used by the cell industry in the super-20 GHz mmw band.

5G is not a done deal. Deployment would take longer and be more involved than most people, including industry, believe. Deployment is being challenged world-wide by an ever-increasing number of activists and advocates who are making progress at getting municipalities to delay or block implementation. The health effects of 5G technology need to be fully and impartially studied before deployment of more 4G LTE antennas or any new 5G technology occurs, especially close to where people live and in public places.

Field testing by the cellular industry shows that beamformed signals can reach up to at least one-half mile with download speeds of 1 Gbps. Municipalities should therefore mandate that new cell antennas of any generation, whether 3G, 4G LTE or 5G, as well as public Wi-Fi, be placed only in commercial and industrial areas and not in residential neighborhoods. There should be a 2,500-foot setback between wireless transmission facilities (small cell antenna arrays) and residences. 5G transmitters, if they are deployed at all, should only be co-located with existing 4G transmission facilities and mounted at least 150 feet up, always above the highest roof line of neighboring houses and not at ground level.

It should be remembered that 5G signals need a clear, unobstructed straight path to reach their destination, which is the handset of subscribers. Hills, trees, and buildings all block RF signals to varying degrees, particularly in the mmw band above 20 GHz. Also, super-20 GHz 5G signals will not broadcast out in all directions continuously, like 3G and 4G LTE signals do now. Remember, beamformed 5G signals project in a rather narrow beam targeted at the user’s handset on-demand. The signal is powerful and very brief, emitting a burst of energy as it flashes past.

Beamformed 5G signals are designed to follow you as you move around with a cellphone or tablet in your hand. However, testing shows a 5G signal is often lost when you move the handset. When that happens, you are handed off to a 4G LTE antenna. The 5G connection is stronger when the handset is stationary.

You want to maximize the distance between you and the cell antenna by keeping new 5G antennas on existing4G towers. That dilutes the signal strength near people’s homes. We also want 5G antennas up high to avoid beamformed signals from penetrating into upstairs bedrooms or to pass through one home to get to another one behind it.

Effective hardwired alternatives to wireless connections do exist. These include Fiber to the Premises (FTTP) as well as hardwired Ethernet cables within homes and businesses to allow occupants to cut back on the use of wireless devices. Hardwired data cables provide fast, stable, reliable, secure and safe data and voice connections.

In essence, avoid 5G devices and beware of 4G. Oppose siting of 4G LTE and 5G antennas in residential neighborhoods close to homes. Support efforts to utilize hardwired fiberoptic infrastructure that is already in place to provide high-speed data transmission to our homes in a safer, wired way at a fraction of the cost of using wireless for the “last mile”.

Join the efforts of 5G and wireless activists, such as those listed below, in alerting the public and elected officials to the dangers of long-term exposure to wireless devices and all EMFs. Consider having your home evaluated by a professional EMF expert, such as those certified by the Building Biology Institute. Follow the advice to reduce use, increase distance and favor hardwired alternatives to wireless connections and devices whenever and wherever possible.