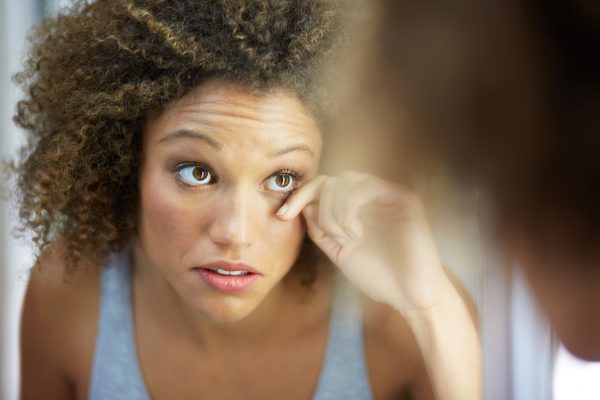 Light is a central part of the human experience.  Not only does light allow us to see but also our exposure to light largely determines our physiological, and in turn psychological, functioning.  The majority of organisms on the planet, including humans, have developed finely tuned circadian clocks synced to Earth’s light-dark cycle.  In addition, we synthesize vitamin D and other important compounds when our skin is exposed to sunlight.  Altering our experience of the natural light-dark cycle by adding artificial light at night and spending the majority of our daytime hours indoors can have serious health consequences.  Many of our modern lighting sources differ in their spectral qualities compared to natural sunlight and also come with an electromagnetic radiation and hazardous material burden (see course Electric Light: Options & Health Impacts). This course will cover the human visual, circadian, and skin responses to both natural and artificial light as well as daylighting strategies to bring natural light into buildings.

What is light?  Light is electromagnetic radiation.  Visible light is generally defined as the part of the electromagnetic spectrum that is detectable by the human eye.  It is divided based on wavelengths that appear as different colors – red, orange, yellow, green, blue, indigo, and violet; with red having the longest and violet the shortest wavelengths.  The spectral regions adjacent to visible light are also often referred to as light. These are infrared (IR) on the one end (longer waves) and ultraviolet (UV) on the other end (shorter waves).  It is important to note, that shorter wavelengths of light contain more energy, which have the potential to be more biologically harmful than longer wavelengths.

Light (visible, UV, and IR) is essential to life on Earth and is an integral part of the human experience.  Our understanding of how the human body responds to light is constantly growing and evolving.  There are three main systems in our bodies that utilize light:

Light allows us to see. What we see and how we process it largely determines how we move about, our ability to perform tasks, how we relate with others, and the decisions we make. However, light can also damage our eyes. Prolonged exposure to high intensity or high energy (i.e. short wavelengths like UV and blue) light at certain levels can cause oxidative stress in our eyes, break down pigments, and even cause the death of photoreceptor cells.

Many modern light bulbs have a strong blue light component. Cold white LEDs with a high correlated color temperature (CCT)[1]can have 3-4 times the blue light energy of warm white LEDs with a low CCT.  Thus, high CCT LEDs pose an elevated risk for eye toxicity.  Light from screens on TVs, computers, and mobile devices tends to peak at the blue wavelengths and has been shown to cause oxidative stress and death of eye cells.  It is, therefore, recommended to use neutral to warm light sources and/or blue-blocking apps on devices.

Virtually all organisms have developed an internal time-keeping system, a circadian clock, in response to the natural 24-hour light and dark cycle of our planet.  Environmental stimuli that can alter the circadian rhythms of our bodies are called Zeitgebers, literally “time-givers” in German. Although there are a number of Zeitgebers, including temperature, meal-timing, exercise, and even social interaction, light is the most important.

In nature, transitions between light and dark are gradual and consistent.  Today, we can alter our light environment with the flick of a switch.  Many people are now spending the majority of their time indoors with little exposure to natural light during the day and excessive levels of artificial light at night.  We are essentially self-selecting our light-dark cycles.  This mal-alignment disrupts our circadian rhythms, which leads to a cascade of health issues largely through the disruption of melatonin production.

Melatonin is a key component of our sleep-wake cycle.  When we are exposed to light, our body turns off melatonin production, making us feel alert.  Alternatively, when it is dark, our body turns on melatonin production, which makes us feel drowsy and prepares us for sleep.  Artificial light at night disrupts the natural rise of melatonin at dusk making it harder for us to get to sleep and to reach deep sleep.  The suppression of melatonin from artificial light at night, however, is harmful at a much greater level than through its impact on sleep.  Melatonin is one of the most powerful antioxidants in our bodies and low levels have been linked to a large variety of health issues including cancer, diabetes, and cardiovascular disease.

In general, melatonin suppression increases with increasing light intensity, that is, the brighter the light, the stronger the effect. Studies suggest that around and after sunset, we should limit our light exposure to 30 lux or less.  Melatonin suppression is also greatest at the short wavelength colors – blue and violet.  In fact, monochromatic blue light as low as 1 lux can suppress melatonin production.  Cold white light bulbs, especially LEDs, with a high CCT generally contain high levels of blue light.  Screens are another significant source of blue light. Their use at bedtime effectively suppresses melatonin levels, and delays and disrupts sleep.  It is recommended to use warm light sources, blue-blocking glasses, and/or blue-blocking apps on devices from around sunset.

Avoiding inappropriate light at night is only part of the story.  The flip side is that daytime exposure to bright blue-rich light is equally important for our circadian entrainment. Unlike our ancestors, most of us spend the majority of daylight hours indoors with light levels that are much dimmer than outside. Outdoor light ranges between 1000 lux close to sunrise and sunset and on a cloudy day, and 100,000 lux or more in the middle of a sunny day while light levels tend to be around 50-100 lux in homes and 100-500 lux in offices.  Research suggests that at least 1000 lux is needed for optimal melatonin suppression during the day.  Note:Although midday sunlight contains blue light, it is balanced with other colors and does not pose the same eye risk as blue-dominant electric light sources.

Skin, the body’s largest organ, is our main interface with the external environment.  It senses, responds to, and protects against the elements, including pathogens, toxins, and solar radiation.  The cells in our skin respond to light in a multitude of ways, many of which we are still learning about.  The synthesis of vitamin D in the skin is the most well-studied light activated pathway.

Vitamin D is often referred to as the sunshine vitamin because it is synthesized in the skin when exposed to sufficient levels of UV. Vitamin D is important to all systems in our bodies including the neurological, cardiovascular, and immune system.  In recent years it has been discovered that every tissue and cell in the human body has vitamin D receptors.  Once inside a cell, vitamin D can regulate the expression of over 2000 genes. Deficiency of vitamin D has been correlated with a long list of health conditions including many cancers, diabetes, and even multiple sclerosis.

We need surprisingly little time in the midday summer sun to produce our daily needs – about 20-30 minutes for light-skinned individuals. However, much of the population is vitamin D deficient.  This is largely due to the fact that the average North American spends around 90% of their day indoors.  Also, at higher latitudes, ambient UV levels are not high enough for vitamin D synthesis during the winter.  The app dminder (http://dminder.info) helps people get sufficient sun exposure for vitamin D production by taking into account location, weather, skin pigmentation, and the amount of clothing someone is wearing.

How the skin responds with UV is complicated.  We need a certain amount for vitamin D production.  However, too much UV can cause damage to our skin cells to the point of sunburn.  History of severe sunburn, especially when young, is the number one risk factor for melanoma, the dangerous type of skin cancer.  But before we reach sunburn state, our skin is stimulated by UV exposure to produce melanin.  Melanin acts as a natural sunscreen and also as a strong antioxidant that inactivates cancer-causing free radicals.  Thus, some UV is very important for our health but too much is harmful.  The dminder app can be useful here too by giving warnings of sunburn risk.

It is important to note that tanning beds are associated with an increased risk in all types of skin cancer.  This may be due partly to the type of UV they emit being different and more intense to that of sunlight and also the high levels of electromagnetic radiation from the UV lamps.

Overall, it is recommended to get sensible sun exposure that avoids sunburns.

Given the wide-ranging benefits of sunlight to our health, and that most people now spend the majority of their time indoors, it is important to design buildings that maximize appropriate natural light.  This practice is called daylighting.

An additional benefit of daylighting is the reduction of artificial lighting needs during the day, which can lower the overall energy consumption of a building if thermal aspects are also carefully considered in the design.

Natural light can be brought into a building by creating apertures such as windows and clerestories on side walls, called sidelighting or from above with skylights and light pipes, called toplighting.  Windows with glazing that changes the spectral distribution of the incoming daylight as little as possible are the healthiest option but low-e coatings may be considered to prevent heat loss or gain. Other techniques that help bring natural light into buildings include light shelves and fiber optics.  In addition to lighting qualities, the placement of windows should consider the ability to provide a view to the outside, which is also important to occupant well-being.

Light, natural or artificial, can be used as a therapeutic treatment for physical and/or mental illness. Sunlight has been used therapeutically historically – 3500 years ago for skin lesions by the Egyptians, and in the early 1900s for rickets and tuberculosis.  Today, artificial light (lasers and LEDs) is used medically to resolve many conditions such as dermatological diseases, depressive disorders, and neonatal jaundice.  Sauna, infrared radiation, also has been shown to have healing properties – improving cardiovascular health, mental wellness, and aiding in detoxification. Thus, light, in many forms, can be used as a tool for healing.

Healthy lighting for humans and the environment involves not only which lamps we choose but also our habits, and can include building design. Building Biology takes a holistic approach that looks at all aspects of lighting, natural and artificial, concerning the health of humans and the environment.  The Human Response to Lightcourse covers in detail how we respond to light, both natural and artificial.