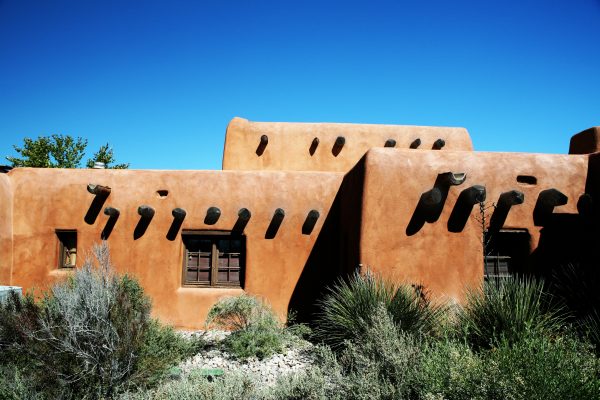 Until very recent building history, the building envelope (walls, floors, and roofs) of dwellings were made of materials harvested from nature like stone, wood, agricultural fiber and clay. They were vapor permeable or diffusible membranes. Building envelopes that allow for the unobstructed flow of vapor molecules is known in Building Biology as the breathable wall. Other more appropriate names for this type of building envelopes are a vapor diffusible wall, vapor permeable wall, or flow-through wall system.

The incorporation of layers of impermeable plastics into construction, for the purposes of preventing moisture from entering into the building envelope, became necessary when we began to use envelope construction that had very little capacity to handle moisture without deteriorating. Conventional home construction, most often consists of spaced 2×6 wood stud construction with fiberglass batt insulation in-between. If water vapor were allowed to flow through this type of wall it would reach dew point. Liquid water within the envelope would soon cause harm to the building envelope. Moist fiberglass batts lose most of their ability to insulate and the constant exposure to water would cause the wood and the wallboard to mold and rot.

Wet wall cavities are not only a problem for building materials. As these materials hold moisture they attract pests like termites and carpenter ants who require moist environments in order to thrive. Moisture also leads to mold which leads to occupant illness.

Building Biology strongly suggests mass wall construction for the building envelope. Alternative natural materials such as earth and straw or certain types of manufactured blocks have the ability to buffer large amounts of moisture. These historically derived methods of construction differ from standard cavity wall construction techniques in that manufactured vapor barriers are not installed to retard the flow of vapor through the walls. Instead vapor is allowed to naturally flow through the massive walls. Because temperature change in the flow-through process occurs very slowly and because these hygroscopic materials such as wood and clay have the ability to adsorb and desorb large amounts of moisture without deteriorating, accumulation from condensation is insignificant. When a home is properly constructed using these mass wall techniques it will be an extremely comfortable environment with a high degree of temperature and humidity stability. Furthermore, because the solid walls themselves provide insulation and can be finished with a covering of plaster or furred-out wood applied directly to them, the need for synthetic exterior sheathing, batt insulation, gypsum board, joint fillers, and paint is eliminated. Many volatile organic compound (VOC) contamination sources are thereby eliminated as well.