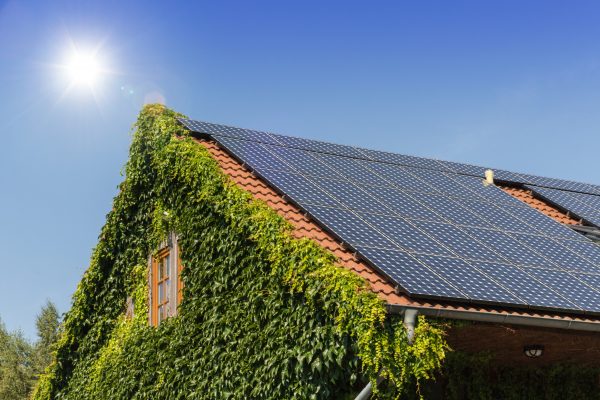 Solar or Photovoltaic (PV) power generation systems as well as other alternative energy producing systems (e.g. wind generators and gas power, on-site generators) are not recommended for people who are experiencing electromagnetic sensitivity and especially for people displaying the symptoms of Electromagnetic Hyper-Sensitivity (EHS). People without symptoms are cautioned to evaluate all the pros and cons before moving ahead, especially as pertains to the generation of unwanted EMF radiations and effectiveness of filtration included by various inverter manufactures for reducing with these unwanted radiations.

Can photovoltaic installations have negative health impacts? This question is often asked by people who want to practice sound ecological citizenry and who also care about the health of their family.  While the negative impact of some common chemicals is at last widely recognized and popular green certifications now reward or demand reduction of damaging chemicals, there is very little discussion about the harmful effects of man-made electrical radiation or measures that can be taken to reduce exposure.

There is a fast-growing segment of the population who feels ill from our ever-increasing use of electricity and wireless devices. The number of people with EHS has been estimated to have increased ten-fold in the last ten years to 35% of the population.

Whilegovernment agencies, some medical associations, and power companies deny the existence of any health threat, the people who are suffering seek safety and relief. Others who are not affected may be wise to employ a precautionary stance, knowing that what overtly harms some may also have negative impacts for all in the long run. And, indeed, science now has shown a cell level effect from man-made EMR that seems to affect all biological beings whether symptomatic or not.

The Building Biology Institute (IBE) has long specialized in measurement and remediation of electromagnetic radiation (EMR).  It offers comprehensive introductory and advanced training on EMR.

Below is a summary of the electromagnetic radiation issues associated with residential solar electricity systems.

Photovoltaic systems can have detrimental health effects due to the following issues:

These issues of microwave radiation, dirty electricity and grounding system currents are complex and are difficult to mitigate, but can be accomplished successfully by a Building Biologist certified by our institute (BBEC and/or EMRS).