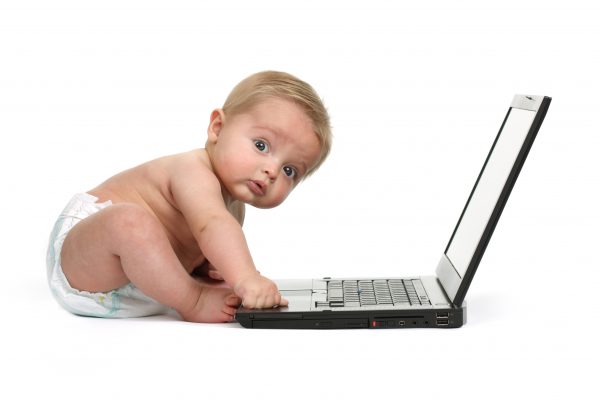 The joy of becoming a parent can rarely be compared to any other but often comes with the worry for your baby’s wellbeing, especially during the moments when a parent is not able to directly supervise the newborn. This very fear inspired the creation of baby monitors.

Today’s market is saturated with varieties of systems that offer baby monitoring not just audible and visual, but tracking of baby’s temperature, movement, breathing and more. However, the majority of these tools comes at a high price of exposing babies to electromagnetic radiation. Unfortunately, the subject of EMF exposure safety is conveniently not even mentioned by the manufacturers in the manuals or on their websites. Consumers are not informed of the kinds of electromagnetic fields that the infant is exposed to while the monitor is on.

When discussing Electromagnetic radiation from baby monitors, we are looking at three types of fields: electric, magnetic and radio frequency. With wireless baby monitors, the most concerning exposure comes from radio frequency, however the other fields should be considered by the parents as well.

All wireless baby monitors sold in the US emit high frequency radiation and they do it continuously when the monitors are on, and often, when they are on standby. The exposure levels depend on the strength of the signal and proximity to the source. Some monitors just a meter away from the crib show the readings equal to the microwave radiation exposure from a cell phone tower 50-100m away. Producers of the wearable monitors state that the Wi-Fi signal equals in strength to the one of the Wi-Fi router, which is similar to operating a microwave oven next to the infant.

The majority of EMR safety studies involving humans is based on adults, not babies, whose bodies are just a fraction of the mass of a grown person. Frames of small children, especially their skulls, are still being formed, making their brains more susceptible to radiation, being more fluid with higher electrical permittivity and conductivity, able to absorb 50-100% more RF energy than the adult head. Furthermore, their exposure at an early age implicates that they will have a longer lifetime exposure than the adults. (Reference 1)

The most commonly used technology in operation of baby monitors has been DECT standard, which runs at 1.89 GHz or 2.4 GHz. From the health safety point, DECT system has raised a lot of concern in the last decades, the UK Health Protection Agency (HPA) claims that a DECT cordless phone’s radiation could actually exceed the radiation of a mobile phone.

Wi-Fi connection bringing video monitoring convenience to the parents comes at the price of continuous emission of pulsing radiation coming both ways, even when not much communication is happening.

As more research comes out showing biological effect of Wi-Fi on human health, organizations around the globe start taking firm stands on limiting or banning the exposure of children to high frequency radiation.

The first step in minimizing the EMF exposure is to realize that subjecting a baby to even the smallest amountsof electromagnetic radiation comes with a risk of it being unsafe. Taking a precautionary measure in the selection of a baby monitor is the safest choice a parent can make.

Getting a wired monitor is the best and the only sound solution, even if comes with a small inconvenience of the parent’s limited ability to move around. One option is to get a wired intercom. Another option is to purchase a monitor that comes with a capability of being used wired over a wired Ethernet system with wireless options completely off.